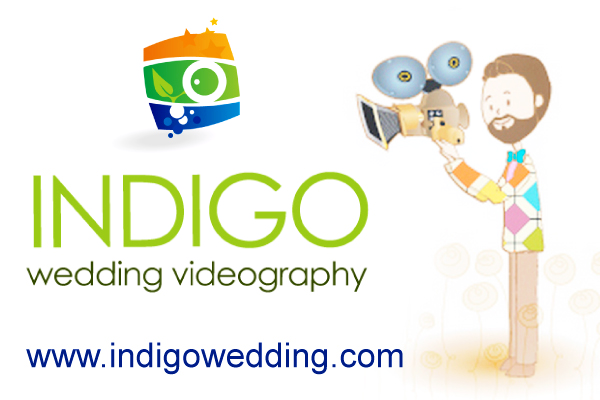 i cannot say enough positive things about these guys :)

Matias was sooo great about communicating ahead of time, prior to the wedding and was willing to skype with us whenever we wanted. he spent a good amount of time talking with us before we even signed a contract with him, which is probably why we did :) he was very genuine, honest and trustworthy. we had checked out a few other videographers in the states (where we're from) and in Mexico and no other business even compared to the kind of response and care we received by Matias/indigo Wedding. we were able to meet up with him the day before the wedding, whenever was completely convenient to us :) and spend time reviewing the plan for the wedding day and answering any final questions we had. it was also super convenient that he used to work for the hotels and has the experience w/their layout, so no time was wasted finding our way around the hotel and through the jungle and all :)

on the wedding day, we were both completely comfortable w/the videographers coverage, they basically blended right into the background and got amazing footage. we also had a friend doing our photography and they worked SO great with him, it was very impressive. matias and his assistant(s) also were friendly and personable w/out whole family and friends. everyone at our wedding has continually told us how great our photo/video crew was.

with the package we chose, 8 or 10 hr coverage for the wedding day, they were able to film everything and get all the events covered.

we also scheduled to have an e-session the morning after our wedding for sunrise :) sounds crazy but it was totally worth it. the team met us on time and everything and we got to do some beach scenes then they drove us downtown to film there before the city got too buys for the day. we also got to go on the beach in the downtown, found a pier, used a wall w/mural painting on it, found some props from street shops, it was awesome :)

this e-session video ended up being like a mini-film of our vows and it was really beautiful.

once we returned to the states , matias sent us the digital files of our videos so we could preview them to give the final approval before he made the dvds (another awesome part of his contract, a lot of companies charge extra for any edits after they give you their first copy). another plus is that he completed the videos within the estimated contract agreement time span; this is something that is commonly a problem with other companies, i have know several friends who had to wait over a year for their wedding photos/videos!

also, i have had many friends who had a video done at their wedding and they havent even shown it to me, that's how much they didnt like it. thats terrible and i am SO very proud and in love with our video, i pretty much show it to family and friends whenever i can :D

originally, we had seen many of indigo's other wedding videos and some we liked the music, some we didnt, so we had planned to maybe need to "edit" that later with him but we actually ended up liking everything he chose for each of the 3 videos (highlight, full wedding day, e-session). we believe that is his attention to detail as well, he really took the time to know us and our friends so w/his creativity and skill, he was able to match our style and knew what we would like. indigo wedding videography is so very talented and we could not be happier with our experience with them :D

our wedding video was the part of our wedding day that i cared about the most because it would be something i planned to watch so many times in the future and it was so crucial to hire a great company. i seriously cannot recommend any business higher than indigo wedding videography.