Jump to content
Jamaica
Amazing resort, amazing service!!!
Followers 0
This is a review of: 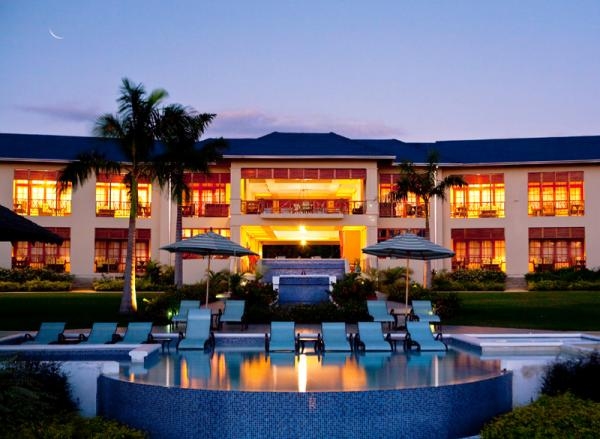 I will start this by saying that Moon Dance DOES NOT COMPARE TO OTHER RESORTS. It is AMAZING!

RESORT - I attempted a resort takeover and was short by 2 rooms so my guests took over the entire resort. The resort itself is beautiful. The fountains were not on when I arrived and I asked that they be put on by the time my guest got there so they could get the true feel of the fountains running in the background etc. The grounds were cleaned daily. I can't say much here besides its a beautiful, beautiful place! We did the all inclusive plan which to me was well worth it, no worries about food or drink or the 10% tax and 10% gratuity added to each bill. We stayed the first night on the European plan and spent the most that one night. Each room was given a cell phone that they were able to dial international to US, Canada & UK. I thought that was a great touch. Each guest was greeted at the lobby as they arrived with nice cold rum punches and their suitcases immediately taken from them. They allowed my guest who were early to check into their rooms and get situated (most hotels make you wait until check in time) however, all inclusive did not kick in until check in time which was 2 pm. The guest were informed when they checked in so they could decided if they wanted to wait or just pay.

BUTLERS - Titanya & Novia were amazing. She was at my beckon call and I had to get use to that. She made me drinks, carried my luggage, got me visine because of lack of sleep from working for the wedding. Anything I asked for, she made it happen. I asked for food not on the menu and they had it made for me. If I said I was thirsty out loud, she was there to make me a drink. The bartenders would leave their stations and come to me or even deliver drinks to my room. They were literally spoiling me. This service was given to the guest as well. It was not just me! The guest were ranting and raving about how nice and personable everyone was. Novia babysat my son on my wedding day while my bridal party and I were trying to get ready! She sat with him and fed him and played with him.

STAFF: All the staff were welcoming, accommodating and friendly. They all remembered our names (all the guest). They played with the kids and were just pleasant to be around. I mentioned I wanted Sorrell and the manager had some brought in for my hubby and I.

WEDDING COORDINATOR - Kerry, I met with her the next day of my arrival and we say and went through everything I brought and what m vision was. I informed her that it was very hard for me to relinquish control and she worked with me when I ran around trying to do her job. Everything I asked for was done. She even went to the bank for me and made change as I brought way too many large bills and not enough smaller bills.

FIREDANCE: Literally a last minute decision and I am SO happy we did it! It was GREAT! The performance was amazing and everyone loved it.

CAKE: Noida cakes (Leanne Cooke) BEAUTIFUL and DELICIOUS. It was soooo good I took home my wedding cake and had them cut a sheet cake I ordered as well. I know, I am full of greed. I am eating wedding cake as I type this..LOL

FOOD: Everything was DELICIOUS. ALL of my guest said that.  My only concern here was that I didn't want the same food served for m wedding to be eaten throughout the stay there. What we did for this was the Friday before the wedding we did a BBQ dinner night which ensured that guest would not have wedding food that night and anything that was on the wedding menu I asked that it be changed slightly so it was diff from the menu and it worked out great.

TENT - I was determined to have a tent and did not go with the mandatory tent from Moon dance. I went with a vendor call Cover Me Up Rental. He also provided me with the chivari chairs and the white dance floor I wanted. They started setting up the day before which I was concerned about at first because I wanted the WOW factor from the guest buy them putting the structure did not take from the WOW. Trust me!  I had a 40x40 tent with white draping and a chandelier. Beautiful.

DJ - Sound Illusions. came prepared with my ipod with my wedding songs in case he did not download the important songs I wanted and was ready to give it to him but he had everything I asked for. He downloaded all the songs I asked for that was not on his playlist. He got the crowd going even though I had a large age gap in my group. I had from 74 - 13 months! We also decided on lighting package last minute and I am so glad I did. The way the tent lit up in the night from afar and even close was soooooooooooooo pretty! Lighting def made a difference!

MAKE UP - Rashel Edwards was professional, prompt and a pleasure to work with! She did an amazing job and even did a tattoo cover up for me! She did 8 ppl in my wedding party all by herself with airbrush!!

VIDEOGRAPHER - Didn't have much interaction with him but he was always around so hopefully that comes out well.

FLORIST - Tai Flora. Flavea, man I must have called that woman 50 million times from the US to Jamaica. She assured me that what I wanted would happen and man oh man. Boy did they deliver. My vision was all white and my floral would make my event and boy was that the case! It was amazingly beautiful! I was just like WOW walking down the isle for the ceremony..lol  My floral was full, the tall vases were even taller than I thought they would be. Crystals, the works!

PHOTOGRAPHERS - Sungold Photography I used associate photographer Clayton. He came at 3:15 pm which to me was late. Wedding was at 5 pm and I had a large wedding party so I wanted him there earlier but since I didn't want him to leave earlier I agreed to 3 pm. He did an amazing job from the pics I seen thus far. I also had my own photographer come in for the weekend and he was BEYOND amazing! All of my guest have asked about him for events they are having and he is already booked for another wedding just by my pics. He was there the entire weekend so his pics are my guest having fun and just lots of candids, resort pics etc. so its not just the wedding day, its the wedding WEEKEND! Can't wait to see all of his pics!


I left Moon Dance and went to another resort in Montego Bay and boy oh boy, the resort was nice but they did not have a chance. Moon Dance totally messed it up for them. It was very impersonal and they would probably laugh in m face if I asked them to cook me something specific. I saw THREE weddings going on at once and if I wanted I could watch at least 2 of them out of m balcony of the hotel room! UGH. So needless to say our last few days were spent missing Moon Dance!  My 18 year old son said Moon Dance felt like home. My only regret was not staying at Moon Dance and switching resorts.

Feel free to ask me anything I may have missed and I wish all of you ladies a great wedding! I had guest calling me and thanking me ALL morning for having my wedding there and some guest, including myself are planning to go back.