Jump to content
Jamaica
SJG - The good, the bad and the ugly!
Followers 0
This is a review of: 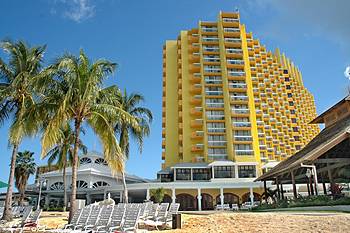 This review is going to very short. I don’t have many good things to say about this resort, but no matter where you go the people that join you and the memories that you make is what is important! I will be posting my planning thread in the near future, so keep an eye out for it, if you are still planning a wedding at SJG.

The resort is average, that’s it. There was nothing special about it. The location was great in Ocho Rios, a very short walk to the stores and market. The drive to and from the airport wasn’t bad and the driver makes a stop for restroom and drinks!

Check-in: This went by fairly easily considering our large group. But they did not have locks for the safe (which you need a deposit for) for some guests. Also after checking into rooms that were not up to standard, some ppl had to wait hours for a new room, some didn’t get one for a few days!

Rooms: They need some work, and they have been doing the rooms, but they are still not great. Because we had such a large group for our wedding it may have seemed like there were more issues with the rooms.

They say that the North tower is renovated but it is still very dated and the South Tower rooms were slightly larger.

The cabanas are okay, but nothing special, I don’t believe they are any larger than the regular rooms but you don’t have to wait for elevators.

We were given the Manager suite after going through 2 different rooms. Thank god because our experience would have been far worse if we didn’t have this room.

Grounds: The pools were kept immaculate same with the rest of the grounds.  The beach was decent, but visitors still need to keep in mind that it is an ocean. My Nephew was stung by a jelly fish. My only complaint was that there were not enough sun loungers for the amount of people that were staying at the resort.  You’d have to get up early to ‘save’ a seat.

Food:  The restaurant were not bad, we really enjoyed them all, but apparently it was difficult to make reservations, luckily our friends made them all for us.

We didn’t eat in the buffet very often but breakfast was good, lots of selection. I would not recommend it for dinner if you are impatient like me, the line-ups were crazy! We ate quite a bit at the Grill, which only served burgers and grilled cheese. Breakfast buffet ended at 10am each day so most of the time we ate burgers for breakfast!

The jerk chicken hut was great.

There is no room service.

souvenir shop are outrageous! We just went into town and grabbed a few bags of chips and some non-alcoholic drinks. And I know it sounds silly but DH believes that Jamaica has the best KFC ever!

Drinks: The bars ran out of certain drinks quite frequently and you would have to go to another to try and get it.

Staff: Some staff went out of their way to please you, others did not. We like good service and respect that tips are a large part of some staff’s income; however, some did not appreciate the tips. We had a party in our room one eve and asked the bartender to pour us a tray of drink while slipping him a decent tip, after a few drinks the beer ran out, but they did not offer to go get more from another bar.

Spa: We only used the sap for our hair for the day of the wedding, and the ladies did an okay job. I liked my hair but had to tell her exactly what I wanted. Two of my bridesmaids had to have their’s fixed because they didn’t like the original style. But beware they use an old school curing iron and it really fries your hair!

This was by far the worst experience I had with the resort. I would only recommend getting married at the resort if you plan your reception off site. Number one issue was communication. I understand that they are quite busy, as they are only a team of two, but the communication was a barrier. We had inquired about a rehearsal dinner and the day the money was due for this event was the day the WC called me. We had no discussion prior regarding the location or menu, but she was still asking for money. Luckily we had not planned on having a rehearsal dinner. When we arrived and had our first meeting with the WC, she booked us a reservation at the Italian a la carte for 25 ppl, which we could have used as a rehearsal dinner but we chose to have it after the wedding with our bridal party.

Also, the WC was very short the entire day, but I had the best Maid of Honour ever and she dealt with the WC so I didn’t have to.

For the brides that have already booked this resort, you will have a good time, it’s all in what you make of it. But if you have issues, ask to speak with Charmaine Dean, I believe she is the WC manager and she was fabulous to work with.

Wedding: We chose the free package, as the upgrades were not worth it to us. We put our ceremony music  on a CD and had no issues. We brought our real touch flowers from Bridal Bloom, but the real ones that the resort gave us were not bad looking. We chose to add an extra tier to our cake for $60 and took it to our reception. $60 for tulle on the gazebo (which was always there!) but we brought red tulle with us, and the only way to get them to put it up was to pay the $60.

The day of the wedding the WC told us that the Officient would not be following our ceremony, after she had already said we were fine to go ahead with it. Luckily I have an amazing brother who read the ceremony for us, and it was perfect.

Because we had such a large group come with us, we qualified for a free 1 hour cocktail party. We planned to have this right after the ceremony while we were taking pictures. I found after we returned home that the dry snacks that were included were just banana chips. Luckily my guests didn’t really care.

We wanted to deal with the WC as little as possible so our reception was done off site through Island Routes. We chartered a catamaran for all of our guests. Originally this was supposed to be on the wedding day after the ceremony, but the weather was bad and it was rescheduled for the day after. I am so grateful for this because I could not imagine everyone wearing their wedding attire on the boat! We ended up having an amazing time swimming in the ocean, and the food was great! We danced the entire time and the staff were amazing. If you are think about a charter or an excursion for your group contact Melissa Forbes at Island Routes mforbes@islandroutestours.com, she was amazing to work with, I even invited her to the wedding! Tell her I sent you! And check out my planning thread for more info/pics.

If you have any specific questions please PM and I will try to help as best I can.