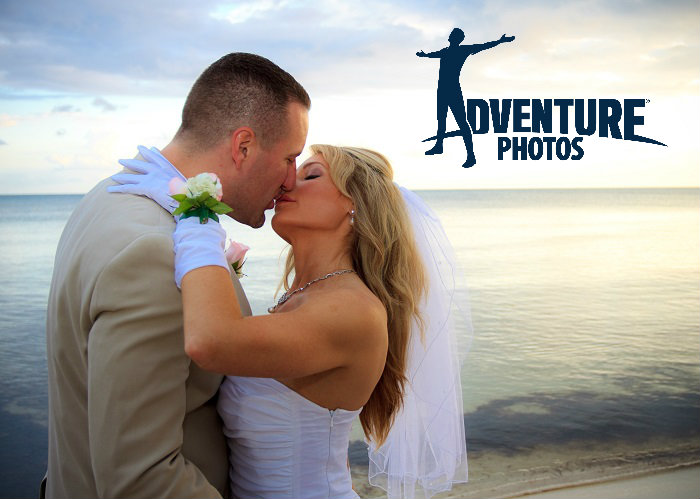 We got married at the Royal Solaris Los Cabos on 10/14/2016. While we have no complaints about the resort itself, and our wedding coordinator Alessia was absolutely wonderful, we used the recommended company Adventures-Photos for our wedding photographer. At the exorbitant cost of $999.00 for 3 hours. There are no words for how disappointed we were with the photographer, the composition of the photographs, and the final product. We met with the manager Emmanuel the day before the wedding and were assured our photographer had 5 years of experience. The day of the wedding, the woman photographer started with photographs of getting ready. She hung the dress on a cheap plastic hanger against a silhouetted window without straightening the wrinkles or setting up a nice composition (or without any thought to composition at all). She took photographs of me, the bride, before getting dressed assuring me it would be a silhouette and would not show undergarments. It did. She photographed my sister and mother as they helped put on my dress, but in the resulting pictures, they are blocking each other, there is little view of my dress and none of our faces, all of us with our backs. There were no photographs of the wedding site on the beach prior to the ceremony to show the beautiful setting with the chairs, decorations, arbor, and flowers. The overall photographs of the ceremony are mostly taken from a semi-kneeling position, which gives all of the photographs an odd angle, cutting off either bottom of the shots. The photographs of us placing the rings on each other’s hands are overall and far away. Then after the ceremony, the photographer was unable to arrange and clearly uncomfortable in arranging the wedding party and guests into groups for group photographs. One of my wedding guests finally had to interrupt the photographer and help her coordinate the groups. With all that was going on, I noticed the photographer’s inability to coordinate the wedding party and family groups, but when I finally noticed that the photographer had failed to arrange my train, I was angry.  Not once did the photographer arrange the train of my dress. It was after several group photographs when I noticed this and asked someone to arrange my train.  Additionally, it was me and my husband making suggestions on what type of compositions we should try. A photographer with 5 years of experience in weddings or any photography should know how important the train of the dress is in the pictures and should be arranging her own compositions/poses with the knowledge of experience in what works and what doesn’t work. The photographer clearly had never photographed a wedding by herself and had very little experience. As a result, all of my photographs (with the exception of two poses) have the train of my dress in a crumpled mess. Although I had noticed these problems, I was completely unprepared for how truly poor the photographs turned out. In fact, I was HORRIFIED. When my husband and I met with Emmanuel after the wedding to review the photographs, we were absolutely horrified to discover the problems. Not only the problems mentioned above, but several of the pictures were BLURRY, they had been edited so much that the bridesmaids’ dresses were the WRONG COLOR, and my TRAIN WAS CRUMPLED IN A MESS. I was so angry, I could scarcely breathe. It was obvious, but Emmanuel’s response about the pictures and the photographer was “Everyone has a bad day.” A photographer at a wedding has no option to have a bad day. EVER. And this was the most inappropriate response he could have had – there are no “do-overs” for a wedding !!!  Emmanuel said there would be no refund because the services were already provided. The only offer we were made to right the wrong was that we could pick 80 photos instead of 40. Pick more of the photographs we already were so disappointed with?? More reminders that my dress was not being displayed?  After speaking with Emmanuel, we spoke with the alleged owner/boss of Adventures-Photos, Ramon, who agreed to re-edit the photographs himself. We ended up demanding all of the raw photographs to see if we could have another photographer fix the problems. When we received the CD of the raw photos, we discovered some of the editing problem was that the photographer had no idea how to use her camera. The pictures were underexposed and had to be edited, some even turned into black and white to correct the issues. To top it off, when we received an e-mailed gallery of the re-edited photos from Ramon, we discovered every photograph had a grey spot on the left side of the picture from a dust speck on the photographer’s lens/equipment. THE OWNER OF THE COMPANY PROVIDED OUR RE-EDITED PHOTOGRAPHS WITH A DUST SPECK ON EVERY ONE? WHAT?? He also refused to provide any refund.

Update to today, 12/14/2016, we just received the photo book that was part of the wedding package. Two months after the wedding. Inside, several of the pictures were smeared, as if the colors had not dried before putting the pages together. And the photographs still had the dust speak visible on every picture, but the problem was most noticeable on all of the pictures taken on the beach. Since it was a beach wedding, it was almost every picture. Yes, EVERY beach picture in the printed book shows a grey spot !!!

Let me ask this - first, what professional photography company would fail to notice this on pictures that were edited TWICE ??!! And second - WHAT PROFESSIONAL PHOTOGRAPHY COMPANY WOULD ALLOW SUCH A PRODUCT TO BE SENT TO A BRIDE AND GROOM???

I can’t get my money back, both Emmanuel and Ramon refused. The worst thing about it? Every time I look at the pictures, I’m reminded of their “bad day” on what was supposed to be MY DAY. All I have to do is look at the train at my feet. What a mess. At least I can write a review. If you are even considering using this company, DON’T DO IT. They should not be allowed near a wedding. DON’T LET THEM RUIN YOUR DAY AND YOUR PHOTO MEMORIES.