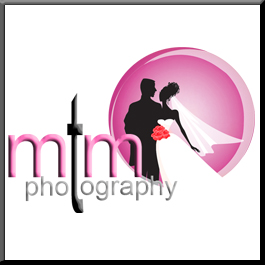 I started lurking on this site over a year ago, and immediately began researching photographers, because once the party’s over one of the few items you have left are your photos! When I came across MTM’s information, I was immediately impressed by their pictures, which are stunning and perfectly capture the highly emotional yet down-to-earth moments of such an important day. Another thing that I really appreciated was MTM’s informative web and Facebook pages that included not only a robust FAQ section but also a post with comparative images of MTM’s work versus that of other resort photographers. Lincoln followed up with me throughout my decision-making process at regular intervals, answering all my questions and never making his follow-ups feel like a sales pitch or an obligation. Every time I heard from him he was upbeat and made me that much more excited to work with him and his photographers!

When Lincoln arrived the day of the wedding, he started joking about how he had heard we were running on “Susy time” (a.k.a. late as usual for me) which immediately put me at ease with him. His partner Silvina set to work capturing really beautiful images of my husband and the groomsmen and was such a sweetheart! We ended up running late going into our post-ceremony pictures, but Lincoln and Silvina were still focused, patient and positive and allowed us to squeeze in special requests. We were so grateful to have our ideas incorporated and loved working with them throughout the night – they kept us laughing, which was important for us!

Even before our pictures were finalized, my guests were raving about how awesome our photographers had been. Lincoln and Silvina were like gymnasts, laying on the ground, climbing up on unsteady chairs on the beach, waving arms like crazy to get the attention of 70 people at once and to get the best possible shots! Their efforts really captured not only the wonder and excitement of the moment but really allowed our sense of humor to shine through. Looking at our pictures and videos reminds us of just how amazing our day turned out, and if we could do it all over again we would have hired MTM for even more time! Thank you SO MUCH for our beautiful images!!