Jump to content
DJ & Entertainment Reviews
Testimonial for DJ Luca Zannelli
Followers 0
This is a review of: 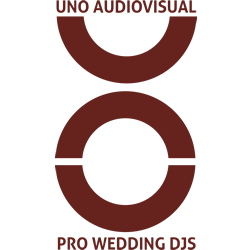 It’s with Great pleasure that write this testimonial for DJ Luca Zannelli.

We were in Playa Del Carmen staying at the El Taj for our son’s wedding on 11/14/15 with 133 guests attending (121 adults and 12 children).  We decided to have a post wedding beach party at the Indigo Restaurant and Beach Club the following day on 11/15/14 for ALL the wedding guests.  We had already invited all the wedding guests and had planned the menu with the Indigo Beach Club well in advance. However, about 2weeks before we decided that we needed some music and dancing at our beach party. Luca Zannelli agreed to be our DJ for this post wedding party! He was exceptional!! He and Eric played everything and more that we and many of the guests requested. He emailed me a contract which was very easy to execute and then he asked me a number of questions about ages of the guests, where are they were from, type of music from oldies to modern pop, disco, rock, 70’s, 80’s and 90’s. He prepared an excellent mix of different genres to get everyone dancing. That did happen very fast; many were up and dancing within 10 minutes of arriving. We had ages ranging from 10 to early eighties.  I asked him to focus on the wedding party and their friends which were mostly early to mid 30’s.  The wedding music the day before was fantastic but we had many many complements that DJ Luca was even better! He was getting many guest requests and with such a large of a group he managed to play most of them! We planned to stop the party at 10:00PM, but everyone was having such a great time dancing on the beach we asked him to play another hour which he quickly agreed to. I never noticed too many folks just standing around, they were all up and having a blast!!

I strongly recommend him and if we are ever in Mexico again, I would hire him in a flash.