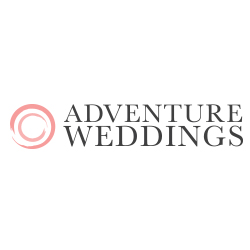 Simply put, everything about our experience with this company (a sub-division of Vallarta Adventures) was beyond wonderful. I have given them 5 stars but would happily have given them more if it was possible. An absolutely first-class company and experience they put together for us.

We contacted them 10 months before the wedding, and were a little nervous at first from our friends' experiences with other destination wedding companies (ie. hidden expenses, poor communication, late additions etc). It turned out we had nothing to worry about. Our wedding co-ordinator, Blanca, was very communicative and responsive to our questions and ideas throughout the process, so much so that we were asking ourselves when was something going to go wrong...but it never did. She was very up front about the pricing options for the wedding and when they needed a response by, giving us plenty of time to make our choices. They were also very flexible with our requests, so much so that we only had to send here a Pinterest board with color ideas for her to design the flower arrangements and centerpieces perfectly as my Wife wanted them.

When we arrived in PV a week before the wedding date, we were taken to the site for a quick walk through and meeting with the DJ, who we had emailed previously with our song list and electronic versions of these songs. We only asked them one time what songs we wanted played and when, and they nailed it on the big day with all of our requests. Similarly, we had a few special bottles of liquor we wanted to have available and Blanca drove to our hotel to pick them up, and again, we gave her very brief directions as to which bottle was needed for what part of the day, and everything was there when we arrived. No written instructions required at all. We also met with the photographer and she walked us through her ideas for the day and when she would be needing us. After the walk through, we spent the rest of the day relaxing at the Adults Only section of Las Caletas in hammocks at the water's edge with our own private bartender. Then lunch and the boat ride back to PV.

During the week prior to the wedding, Blanca kept in touch with us via email to let us know that everything was as we wanted it to be. We had one minor change which was an addition to the female wedding party and she organized and communicated this too us with no stress on our part. For the big day, the ladies spent the entire day at the site, laying in hammocks, drinking Mimosas and getting massages and were waited on hand and foot throughout. The hair stylists were great and everything was prepared and ready to go once I got to the island with the main wedding party. The photographers assistant was on the main wedding party's boat which wasn't included in our plan which was a nice surprise. We were met at the dock by waves from the Las Caletas staff, and escorted to my Groom's private cabin for photos and 15 minutes to make sure we were all ready to go. The co-ordination between Blanca and her co-worker (I forgot his name) and the DJ was spot-on and the ceremony went absolutely according to plan. We then spent about 45 minutes taking pictures, alone and with our wedding party and respective families as we had requested, and were then introduced to everyone at the dinner. The buffet was spectacular and enjoyed by everyone, with all dietary restrictions being catered for by the wide selection available. The speeches were MC'd exactly as we'd requested and then the cake cutting and reception where we had an absolute ball! The finale was the Sky Lanterns, which was one of the most beautiful things I have ever seen. I think there were some grown men shedding a tear at this point, the whole evening had been that amazing.

On the boat ride back to PV, we had a great dance party at the front of the boat. I don't know if the DJ was on the boat or not but as with the rest of the event, they played all the songs we had requested and we had grandmothers dancing with friends dancing with each others' families...it was so much fun.

All in all, I will absolutely recommend this company to anyone considering a destination wedding. We received comments from literally everyone who attended about how stunning the location was and the friendliness of the staff, and what an amazing day it was for all involved. If this is the #4 Destination Wedding venue in the world according to Trip Advisor, then I cannot imagine how ridiculously amazing the top 3 must be. When you consider the cost of our day, which was the Premier Package, then it was a terrific value as well, considering we would have had to pay about four times the amount to have thrown a wedding of comparable quality where we live back in the US. A first-rate company with first-rate staff who provided us with the memories which we will cherish forever. Thank you (again) to Blanca and everyone involved.