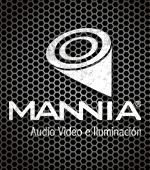 DJ Mannia was great to work with.  They responded quickly to my emails and did a good job of communication to any questions we had.  The only reason I did not give them 5 stars is that the DJ messed up the intros.  We are a same sex couple and he introduced us as Mr. and Mrs. but quickly realized his mistake and fixed it.  I know he felt bad about that but we were actually laughing about it.  He also kinda bungled the other names in the bridal party (and we had a small group).  He also messed up playing our first dance song but quickly fixed that.  Other than that, he was great and he had our group of 70 dancing the night away.    He played for 4 hours and our group raved about the music.