Jump to content
Cuba
If you want an amazing wedding week choose the Iberostar Laguna Azul
Sign in to follow this
Followers 0
This is a review of: 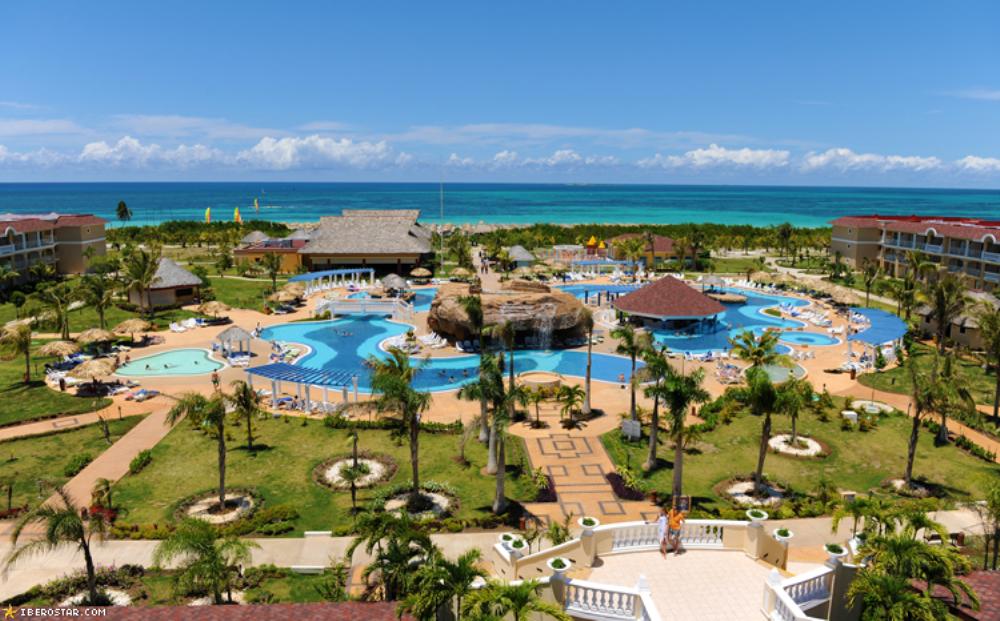 I was married May 5th, 2014 at the Iberostar Laguna Azul in Varadero, Cuba. It has taken me a few months to get this review completed, but better late than never! I honestly can't believe 3 months have already passed! The time has really flown!

We flew with Sunwing and had a really great experience with them. They really do treat wedding groups and the Bride and Grooms really well! Elite check in and upgraded seats and lots of extra champagne, plus a special cabin for your dress and suit really made for a great experience!

I have been to Cuba numerous times but had never been to the ILA. We were a bit hesitant choosing a resort we had never been too but we did a lot of research before making our decision and we are soo happy that we did! We couldn't have chosen a better a resort! The resort itself is very beautiful. The resort is large for Cuba, but the layout was great and it never felt too big and there were always pool and beach chairs available and always some shade and it never felt too crowded.

Check in for the most part went smoothly. We had one incidence where a couple were told that they didn't have a reservation; however, it was worked out quickly and they received their assigned room with no further trouble. We got the room we asked for room 19322. It was a suite and it was perfect! The view was amazing and the room was huge. It was perfect for getting ready the day of the wedding. Just to note- most of our wedding party was in Block 10 -they tried to put most people together. A few were scattered around the resort.

Everything in our room worked perfectly. We didn't have a hand towel for a few days, but we always had bath towels. This was a very minor issue and we barely even noticed it. Our mini bars were restocked every day which was great and we didn't even have to ask for this!

A few of our guests requested to change rooms as they were on ground floors and felt safer higher up and a few people had to have their air conditioning fixed, but all of these things were fixed very quickly and to their satisfaction.

Although there were a few minor things with the rooms and check in, everything was remedied really quickly and to our satisfaction which was really great!

The beach at the resort was amazing! It was really big and lots of chair and palapas for everyone! We never had trouble finding shade. Some people mostly hung at the pools and they were great as well! There were two quiet pools and then one large pool in the middle of the resort where all the entertainment happened. People hung out in different spots depending on their likes.

I would rate the food good to great at the resort. The buffet had decent food, you'd never go hungry that's for sure. There was always something for everyone. We only ended up eating at the buffet for one dinner, but what we did have was great. We had dinner at the Tex Mex, Romantico, and the Japanese. They were all really good, especially the Romantico! I had the best steak of my life there! I can't stop raving about it!

We went into Varadero one night for our "Rehearsal Dinner" at Varadero 60. We took our parents and bridal party into town by taxi. The food was really good there and really well priced. For a group of 11 we only paid about 250CUC. It was really nice to get off the resort and eat in town! I'd highly recommend Varadero 60.

I think that's all I can really think about to comment on the resort itself. Like I said it was beautiful and we were really pleased with it. It was by far the nicest resort I have been to out of Cuba, DR, and Mexico.

As most of you are aware the resort is packed with weddings (at least 3 per day) in April and May. Some people may see this a downfall, but we found it to be great because they know exactly what they are doing and they are amazing at their job! Although there were 3 weddings my day I never felt like I wasn't being taken care of, nor did I feel rushed out of any venue and I didn't even see another bride until like 2 am at the snack bar lol!

We wanted to have a Welcome Dinner the day after we arrived however all the A La Cartes were booked up with the weddings that happened that day. Giselle was able to organize a dinner at the buffet for us. We thought that we would just be in the middle of buffet with all the other guests, but when we showed up we had a large private room set up in the back of the buffet for all of our guests.  There were two long tables and then a small table for two set up for my husband and I. It was decorated with flowers and looked so beautiful! Although we had originally been a bit disappointed about the A La Carte we were sooo happy and pleased with how this was set up for us!

We had met with Giselle the day after we arrived and went over everything at the meeting and confirmed everything we had already discussed with her. She took us on a tour of the resort of where the ceremony would take place and the palapas and disco. It took about 30 minutes. We also confirmed our hair appointments for the wedding day.

The morning of the wedding I dropped off all my decorations to Giselle with photos and diagrams of how I wanted everything set up. (Note: I also gave a family friend a copy of this information and had her check on it to make sure it was how I wanted to be set up- I think she made a few changes but overall it was exactly as I had envisioned!).

Then the girls I went to the hair dressers and had our hair done at 10 am (note our ceremony was at 3pm). The hair dresser was great! There were 4 of us and one hair dresser and she finished us all in about 1.5 hours. We took photos with us and she was able to replicate it fairly closely. It was exact but it was certainly beautiful!

From there we headed back to the room to get ready. Giselle picked us up at abour 2:45pm and brought us up to the Spa Terrace for the ceremony. She had picked up our guests and groom at the lobby at 2:30pm and took everyone up there. So as soon as we arrived we were ready to go! We chose to use the Cuban Trio and am so glad I did! They were wonderful and made it really feel like a cuban wedding. We had a symbolic ceremony and my sister performed the ceremony. It was short and sweet - about 20 minutes. We then had our champagne toast and cut our cake up on the terrace and had our fathers do their speeches then! It  worked out beautifully and we were never rushed out! We also did some photos of the families and a group photo on the terrace.

Speaking of photos we chose to hire Alex from Cuban Wedding Photography. He and his team were absolutely amazing! They spent the entire day with us photographing from 10 am in the hair salon with us until after 10pm at the disco! I would recommend everyone to book him!

After the ceremony, we did some bridal party group photos and then Mark and I headed off to the Dupont Mansion by ourselves for some photos! Highly recommend doing this! The photos are stunning!

We returned to the resort and it was time for dinner at the Palapas! It was so beautifully set up and we were able to have 38 people in two palapas. A third one was left open for us to dance in. We chose the chicken dinner and everyone loved it!

Lastly we had our private party in the disco from 9-11pm. It was the perfect amount of time and the dj was great! We didn't bring any of our own music (other then our first dance song) and we had a great time! We lucked out and the night of our wedding they had a beach party from 11-2pm so the younger group headed out to the beach party and it was the perfect way to end the wedding!

The day moved smoothly and flawlessly. The only thing I want to comment on is that we had asked for a videographer to film the ceremony but afterwards I realized there hadn't been one. I had been really looking forward to having the film but it certainly didn't ruin the day. I am just mentioning it because if that is something that is really important to you I'd double confirm with Giselle the day before and the day of the wedding.

* Note I just received a wedding slide show from Alex our photographer and it was just as awesome as watching a video! It was so lovely to look back on the amazing day that we shared with each other and all of our friends and families!

All in all yes there were a few tiny hiccups here and there, but they certainly didn't ruin or even really impact our stay or wedding day! Like I said at the beginning we would highly recommend this resort without hesitation.

Hopefully this was helpful and let me know if you have any questions!