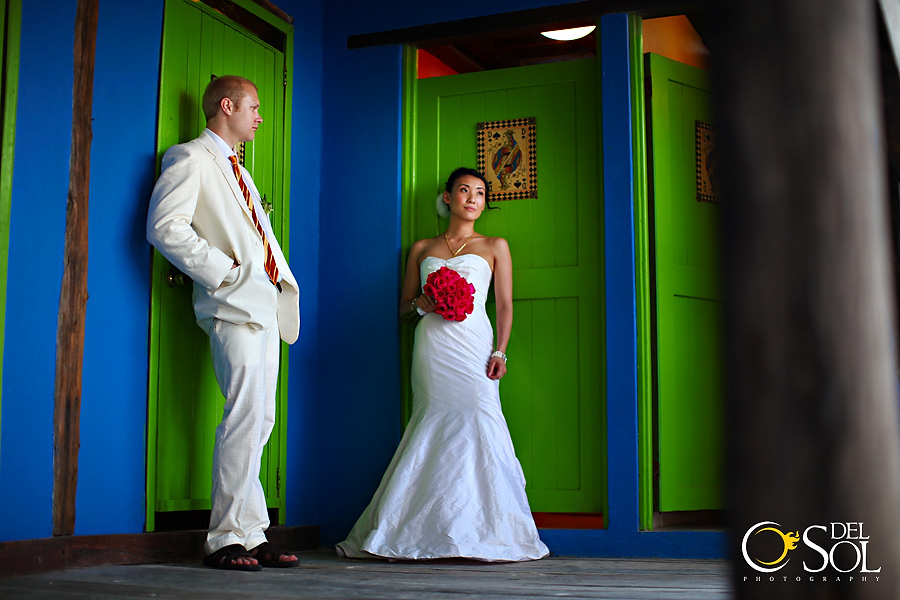 This is for the most part a wedding review, not a review of La Zebra as a hotel.

We had our wedding on July 27th 2013. We signed our contract by the end of last January. Back then La Zebra’s wedding planner was Elisa Meani (who was really helpful through the whole process). As agreed, we booked all the rooms in order to have a private event.

If you’re looking for a “cabaña” type of thing, it’s a good choice. As many other options in Tulum, La Zebra doesn’t have air conditioned, so take that into account. All the cabañas are nice and very clean and each morning they bring you coffee right outside your cabaña.

First of all, I will start saying that a lot of people told us it was the best wedding they had ever been to.  Planning a destination wedding takes a LOT of your time. In the end everybody was more than happy, so the main goal was reached. But as the bride I can say the process could have been way less painful.

The not so good things. As I said, the process was really stressful. I felt like I was the wedding planner.

In summary, La Zebra needs to work on their staff involving the weddings, especially since a destination wedding is so complicated to organize. A wedding is a once in a life time event, so they need to provide once in a lifetime service. Their staff needs to go further and commit to each event, being as helpful as they can.