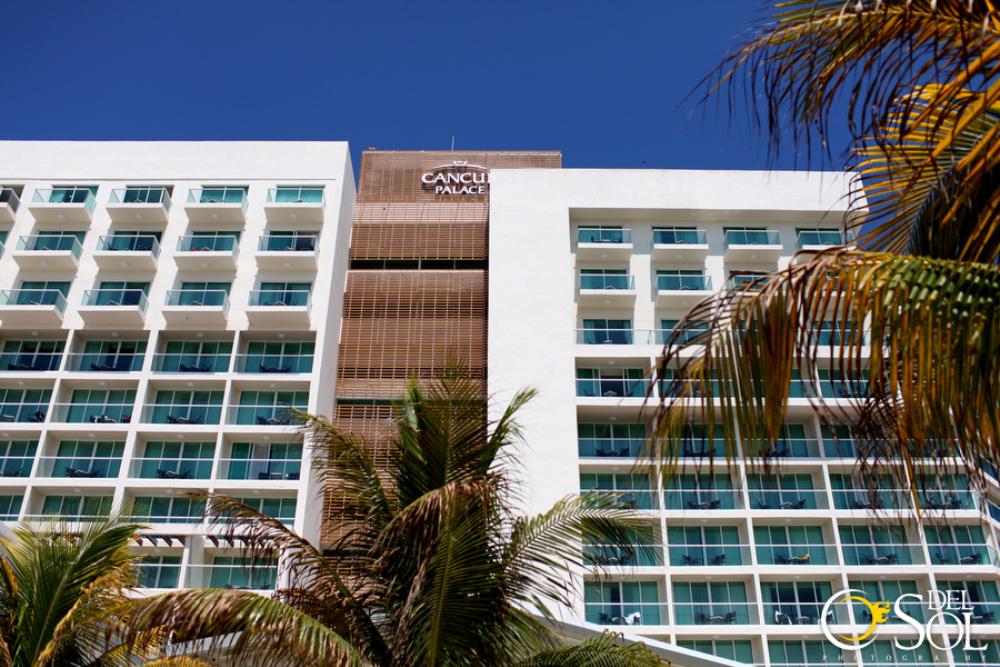 Today is the 2nd day back from my vacation: i would have sent this sooner but my mind was clouded from the Anti-histamines and needed over 24 hours for it to clear from my body.

The start of our trip was great, minus the missing slippers from our room, made us think that only presidential suites had free slippers, I did not think I would have to ask for our slippers.

3rd day in we went on a Tulum tour. We left the hotel at 7:10 am and did not reach the Tulum site until 11:30ish am. We didn't actually enter the ruins until Noon. This left us 1.5 hours or less to shop and tour the Tulum Site. Our Guide didnt not guide us through Tulum, he just talked and talked about it on the bus ride and waited at the meeting point when we wanted to go back.
The time spent on the bus was not fun. The Tour guide never stopped talking and said the words "me amigos" every thirty seconds, also spoke one line of english then one in spanish, making it very hard to listen to what he is saying.
The Tour guide had the bus make one stop on the way to Tulum, at a "mayan village" the Village was a small shopping center, not a village, where he attempted to sell us the same Items we could find at the Tulum site.

We returned to the Sun palace hotel between 3pm and 3:30pm, Already to late to make our next Tour which began at 4pm, which was the boat tour around the Island, We were very disappointed in the tour quality so we asked if there was another company they could call for us to use our Tour credits on, there was not, Rosia was able to find us a tour we would have to pay out of pocket for, but we decided to decline it and canceled our other tours to chichen itza and Isla of women.

Spend the next two days doing what ever we wanted to do around the area, making our Spa credits pointless.

6th day in: I woke up to our bed having an infestation of tiny tiny Ants. I have pictures of my body to prove it and one picture of a tiny ant in our bed. Initially when I awoke I had a rash and bite marks and had no idea it was from ants, i thought I contracted some disease from the hotel.
The lady at our Diamond desk was hardly there, maybe half the time when we needed her she was there.
I presented my complaint to the front desk. where they told me I was having an allergic reaction to the sun, I live in Arizona where we are at 100 plus degrees temperate already, with 12 hours of sun a day, and that I have no hypoallergenic allergies, I asked for a doctor to come look at the Bites, they offered me a doctor at my own costs....
Angrily I then demanded to talk to Pablo
After talking to Pablo(he is the only reason I have not called my bank and demanded a refund for services rendered) and him agreeing on paying for a doctors visit, I found ants crawling from the bed. I had the Head manager Pablo call me again and told him it was ants. Pablo Winkler was great, he paid for a doctors visit to calm my nerves down and for the medicine to aid in my recovery. The only problem was the Anti-histamine side effects were rocking my world, I could not function properly nor think clearly while i took the pills, i have stopped taking them.

After we were moved from our Ant infested room. We were placed in a presidential suite(finally got a pair of slippers when we moved), the rain storm at night cause the ceiling in the living room to partially cave in and leaving me to lay towels down to prevent it from spreading. They also decided that cleaning up the Room above us at 5 am by dragging furniture around was good idea.

The only good parts of our trip was the Management Team(ethan, Jose, and Daniel and Pablo) at the Hotel and the Head Chief(Edgar).

I wrote a letter thanking specific people and no one else. I thanked Pablo, Edgar, Ethan, Jose, and Daniel. and mentioned that the food prepared by the head chief and his crew was the only thing holding our vacation together. If we did not have Daniel and Edgar I don't think I could have stayed in the hotel the last night. My mentality when we left the hotel was not good. I was Upset on he quality of the rooms and the poor service given to me at the front desk.

I felt the Front desk folks did not understand the Diamond membership, if its not top notch quality service the entire time, then the membership is worthless.

I am at the point where I do not care about the money. I will never ever travel to a Palace resort again. Nor will I ever provide a positive review on the actual hotel service.

Service and Food can not make up for an infestation of  bed bugs  on a $2500 vacation resort. This could of happened even if I booked Le Blanc or Moon palace.