Jump to content
Photographer Reviews
Amazing value
Followers 0
This is a review of: 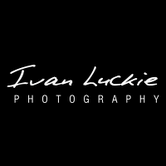 We selected Ivan for two big reasons, 1) his price was a great deal since there was no cap on how many pictures you get and 2) we liked his eye and style of photography. Communication was good, I didn't send many emails but he was always very prompt at replying to my emails.

We wanted to do a TTD too, but it was just too expensive for our budget.

I sent him a detailed timeline along with snapshots of moments and styles that I liked so he could capture those in his photographs. I think he'd had one other indian wedding?

Anyways, a few weeks before the wedding, I sent him the timeline and that I'd like to meet him at the Sunrise beauty salon so we could get photos of the girls getting ready. All the ladies who were wearing traditional indian saris had gotten a ballroom to get ready and I wanted to capture all those shots. Unfortunately, through a combination of not being able to get a hold of him (either Cristinia, my WC nor through our room phones), he missed the hair appointments and the ladies getting ready. When he arrived, the poor guy was dripping in sweat and said he was at the wrong salon.

This was a bit strange because I had emailed him the time and place, but I promised myself I didn't want to be bride-zilla, so I handed him all my accessories, shoes, dress and told him to take pictures and met me at the ballroom.

He must've been running, but he managed to get a few shots of me getting dressed and our whole group. We also did a first look photo and he managed to make me look good, even with the goofy grin I had when I saw my husband for the first time!

Throughout the whole ceremony and reception, he and his wife were everywhere without being obtrusive. In fact, you didn't even notice them...which made for some great candid shots. After the ceremony, we had a photoshoot on the beach. It was pretty funny, we were all looking into the sun and squinting and Ivan insisted that we couldn't take the photo when it was cloudy. Eventually, he agreed and I don't know, the pictures still looked good to me!

Afterwards, our family went to the cocktail hour and Ivan walked with us, pointing out places that were good for photos. He has a very good eye...he'd see some place, get all excited and think of all these creative angles and shots. There was no cookie cutter mold, he integrated our wedding huppah, my veil, everything. In fact, I wish I'd eaten something more before hand, because our hungry stomachs wouldn't let us continue. Ivan had so many more ideas and he would've kept going.

It was nice to see that his wife had continued taking photos of the cocktail hour. In fact, as we were walking past, my husband loved how he seemed like a "sniper", snapping pictures stealthily as we walked by. Anyways, they stayed late, I don't even know if they ate, they worked all night. Wonderful personality and couple.

We asked for a few teaser pics, he did show us a few on his camera and they were GORGEOUS (yes, all caps were required). However, he doesn't put any on his blog because in the past, brides have complained about why pictures from later weddings were uploaded and not theirs...fair enough.

He told us about 3 months and I didn't interrupt him because I figured that was only going to hinder him. Three months later, I sent him an email asking for updates and he said he had knee problems and was going to a wedding so everything was moving slower and he was scheduled for surgery...I thought this was strange because it was the first I was hearing about anything that would make the wait longer than three months. That was fine...just wanted to know before the deadline he had set.

Anyways, a month goes by, his surgery date is getting closer and I asked if I could get just a few pictures because I didn't anticipate him being able to work after surgery due to recovery and everything. He seemed really sad and upset...he mentioned that everytime he gets and email, it frustrates him because it's under bride asking for her photos and it was just discrediting all the work he'd done for his reputation.

I felt bad but if I'd known what to expect in a timely manner, then I could've managed my expectations. Mind you, this took place over the course of 3-4 weeks and maybe 4 emails? All the while, he did manage to post to his blog about 4 times.

Anyways, in the end, I could see he was working very hard. I'd get emails from him at 4 am saying he was finally going to bed and when he promised the link the next day...he did send it.

The pictures were wonderful, please check them out if you'd like http://www.luckiephotography.com/blog/Proof/2011/Luckie_Photography_Wedding_Galleries/Snigdha+Alan.html

All in all, I hope my experience was a combination of miscommunication and bad timing. He is a very good person and I am very happy with my photos. I would recommend him, but if I had to do it again, I'd build in more breathing room...for the wedding day schedule and afterwards, just to absorb life's little speed bumps.

Oh! How could I forget! He sent us a usb with all the photos (very fast delivery with a tracking number and everything) and somehow, we managed to corrupt the disk without backing it up. Ivan said he never, ever deletes photos (literally, he has 3 hard drives filled with old photos) so I emailed him, hoping he could resend it. He didn't charge us shipping and within 30 minutes, said he's be mailing it to me. He was in the States so shipping was faster, but clearly he made it a priority to take care of it. Now, THAT was impressive.